Our gins, bourbon, and blended whiskies are expertly distilled in a Vendome copper still that’s been customized specifically for the Knox Joseph Distillery at the OTR StillHouse. Here we produce both high and low-proof spirits in-house.

The oldest still known to man dates back to the 12th century. While we respect the work our ancestors put into creating distilled spirits, beer, and wine, we’ve perfected the process into a science made to look like art. Using a Vendome copper still that’s a hybrid of pot and column elements, we craft spirits that are smooth and complex enough to stand on their own, but versatile enough to work well in a cocktail. Think you would never sip gin on ice? Think again.

The History Behind OTR StillHouse

In 1891, Standard Ice Manufacturing Company opened its doors for the first time. Drawing from aqueous caverns below, they supplied bars and taverns throughout the entire Ohio Valley River Basin with clean ice made from fresh, pure groundwater.

By 1899, William Miller and Son Builders began constructing the first building that would eventually become this behemoth of a compound. Originally designed to ship products via boat along the Miami Erie Canal, it later transitioned to horse and buggy shipment and eventually into the modern era of trucking across the region.

Though the building housed many different companies over the years, the original structure from 1899 remained intact, occupied, and productive. Now you can experience more than 120 years of history for yourself as we’ve transformed this OTR staple into something truly amazing. 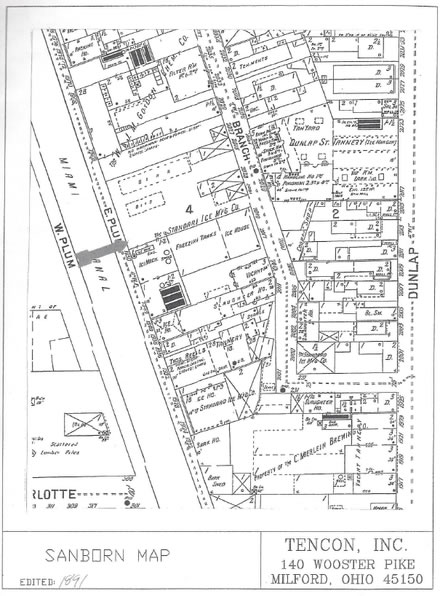 Looking to experience curated performances from up-and-coming new artists as well as old favorites? Check out the Knox Joseph Distillery Platform at the OTR StillHouse. Though we are currently weathering the pandemic, keep your eyes on us as we look to set programming schedules soon. 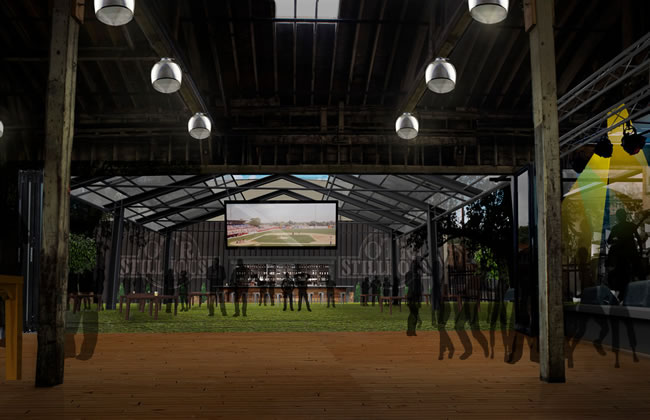 OTR finally has indoor and outdoor space...in..one..place.
Contact Us 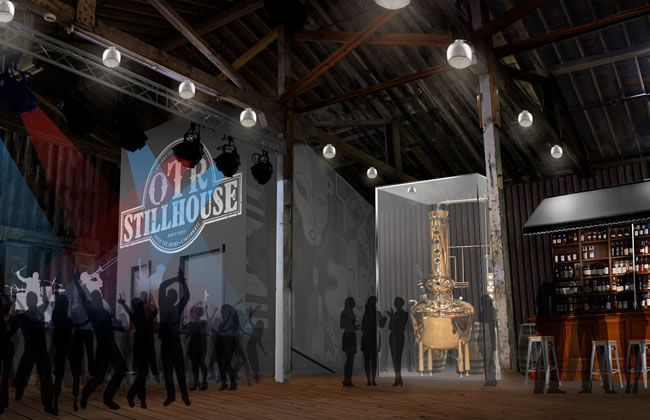 The Storied Features of The OTR StillHouse

Hover over the magnifying glasses to learn more 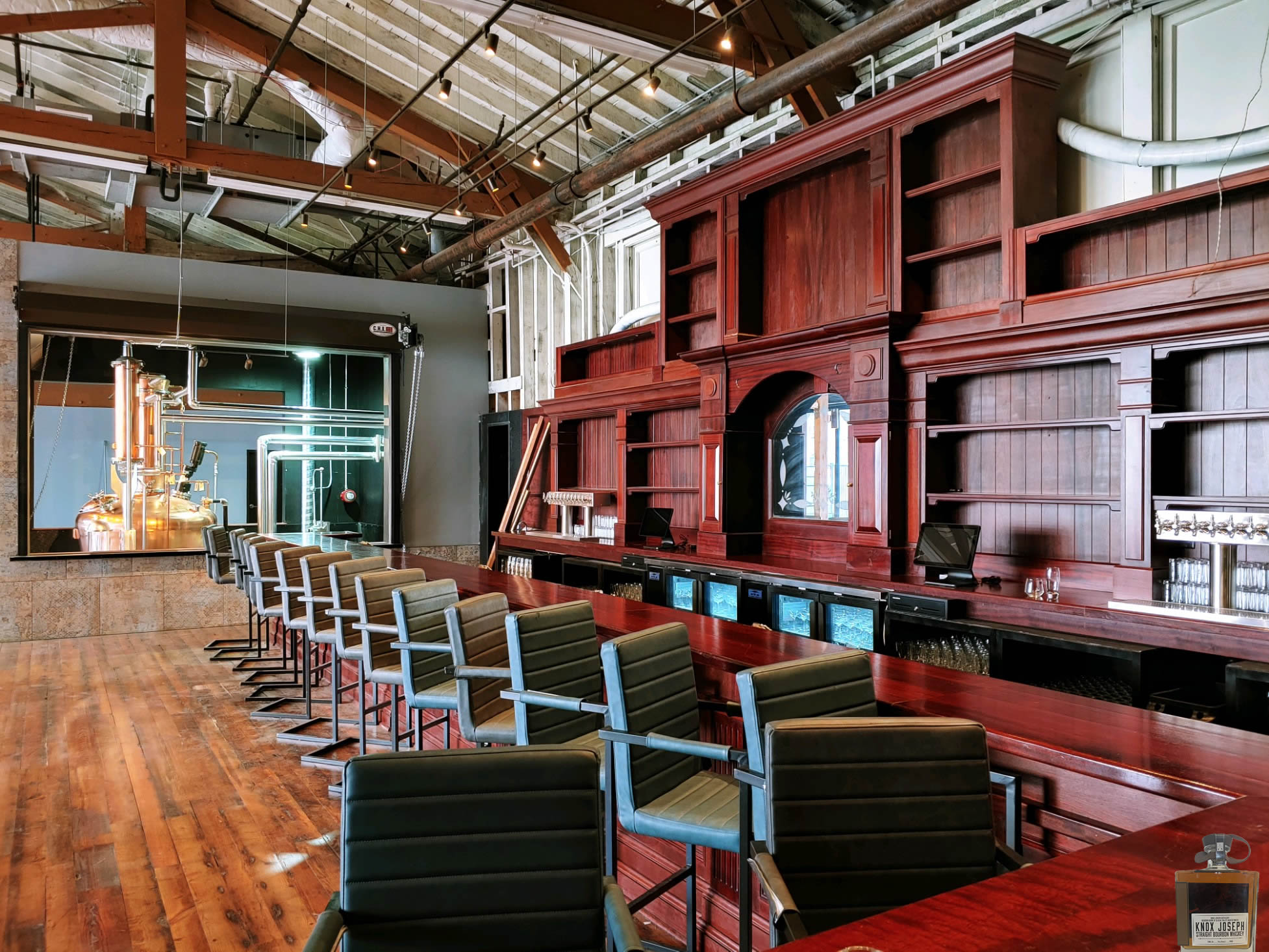 The wood flooring we have on site comes from the 1899 floor joists that were originally in this building before we started construction. While we were deconstructing the building we found the original floor joist in outstanding condition, so we sent them off the be milled into tongue and groove wood flooring. The wood from those floor joists is made from old growth timber, making the floor in OTR StillHouse a couple centuries old. We value being able to repurpose the original character of this building through simple details, such as the very floor you walk on.

Our solid mahogany bar was originally home to the Brazenhead Irish Pub located in Mason, OH. The owner of the pub had the bar designed and milled in Ireland, and it was then shipped to Mason, OH where Irish Craftsman were brought in to assemble the handmade bar. When the original owner of the pub passed away in 2016, the heirs decided to close to business and auction off the bar. OTR StillHouse was lucky enough to acquire this beautiful bar at this auction.

Wherever you may be standing in the OTR StillHouse you should be able to turn and see this gorgeous copper still. It was important to us for everyone to feel close to the still and feel that they can be a part of Knox Joseph Distillery and all the amazing spirits we produce here on site. Our still is the focal point of our venue, hence the name. The still is custom made and is a hybrid between a pot still and a column still. It’s unlike anything you’ve ever seen before.

Have you ever noticed that the sides of our bottles look like book bindings lined up on a shelf? Or did you know that the map inside the bottle is a Sanborn map from 1891 of the original property? We have a story to tell, and that story is represented through our packaging and our people. We hope you can come into the OTR StillHouse and be apart of a long story in history that is just begun. 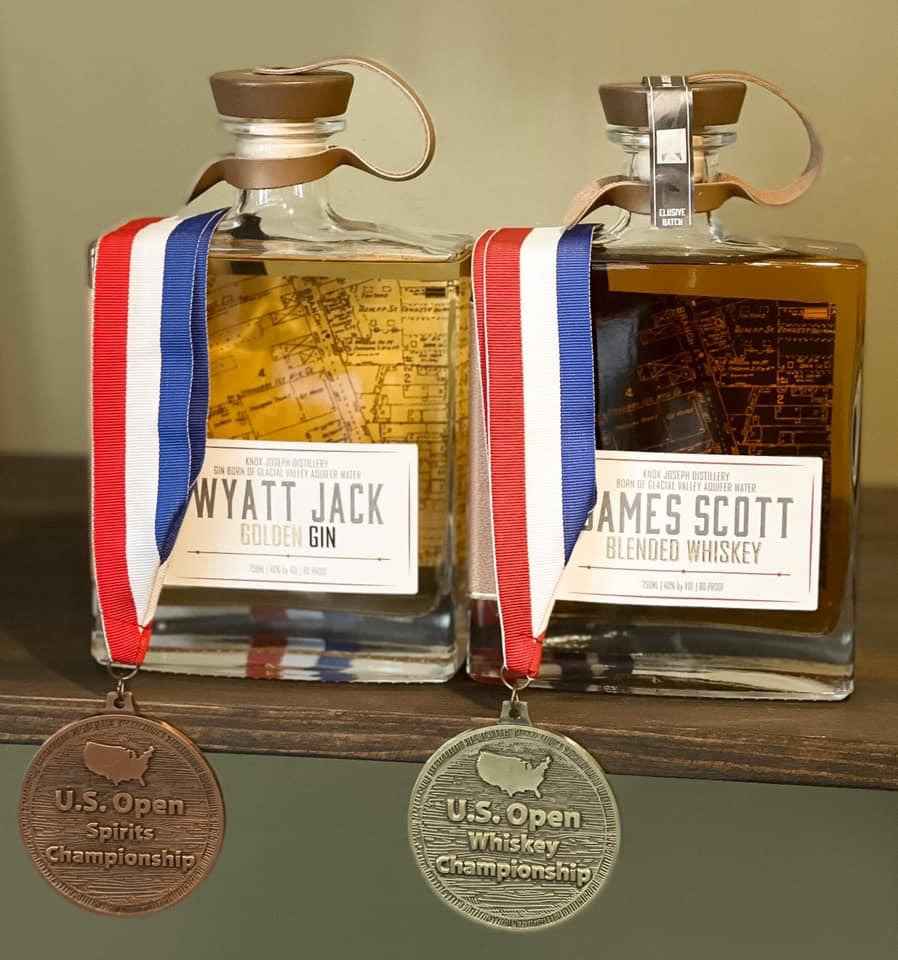 We entered a few of our products into the U.S. Open Whiskey Championship as well as the U.S. Open Spirits Championship. The James Scott Blended Whiskey has now been awarded gold for two years in a row, in 2020 the Wyatt Jack Golden Gin was awarded bronze, and in 2021 the Wyatt Jack Glacial Gin was awarded silver. We also entered a few of our products into the USA Spirit Ratings Competition, where both the James Scott Blended Whiskey and Wyatt Jack Golden Gin were rated silver. All these rating were given to us before we ever sold our alcohol to the public. With how many entries these competitions receive we are ecstatic and honored to be ranked amongst the top.

The two large chandeliers you see hanging from our ceiling have been apart of Cincinnati’s history for over 120 years. They hung in Mike and Carol Trotta’s custom tailoring business for many years and were originally lit by gas. When it came time to move locations, they no longer could use these beautiful chandeliers, so here they are in their new home, the OTR StillHouse.

OTR StillHouse is a culmination of great people with ingenious ideas coming together over a project they love. Meet some of the masterminds that were instrumental in creating and transforming this space into what it is today. 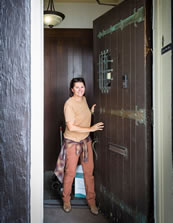 Michele Hobbs began this project in 2014 and has worked tirelessly to bring together the right team to make the OTR StillHouse a prized institution. A proven entrepreneur, Michele has spent years planning the experience you will encounter at the OTR StillHouse. Her vision was to build

a public space and product that we would all be proud of and an environment that would entice folks to visit and afterwards want to step out and explore the rest of OTR. 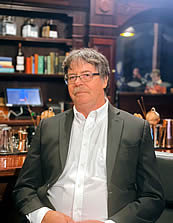 A retired whiskey scientist from Brown Forman, Dr. Tom Asquith signed on as our flavor scientist after hearing about all the wonderful things we wanted to do. Given a vision and a dream, he helped create our gin and whiskey series–as well as our GT Joe. Dr. Tom also has a few surprises in the works–and will continue to blow us away with his creativity, then turn the fine tuning and production over “the main act”. 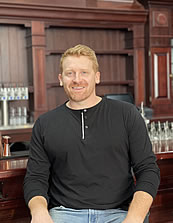 As any successful entrepreneur will tell you, you put the best people at your helm. Steve brings the kind of skillset that can only be honed by dedicated and mindful hard work, and a desire for excellence. Tapping into experience from several local bars, restaurants, and a distillery outside of the city, you’d be hard pressed to find a better suited Operations Director to work alongside the Founder. When it comes to curating the talent it takes to run something as unique as the OTR StillHouse, Steve’s experiences raise the bar and exceed all expectations. 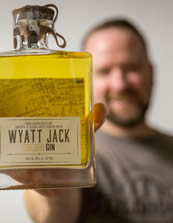 “THE RISING STAR”
John Funcheon has been passionate about craft beverages since he brewed his first batch of beer with his father at the age of 11. Since then, he has become a 10-year veteran of the Cincinnati craft beer industry. He is a Level 2: Certified Cicerone® and has received multiple accreditations from The American Distillers Institute for the formulation and production of craft spirits. He is honored to work alongside Chris and the rest of the team at OTR StillHouse to put his passions to use and set another jewel in The Queen City’s crown. 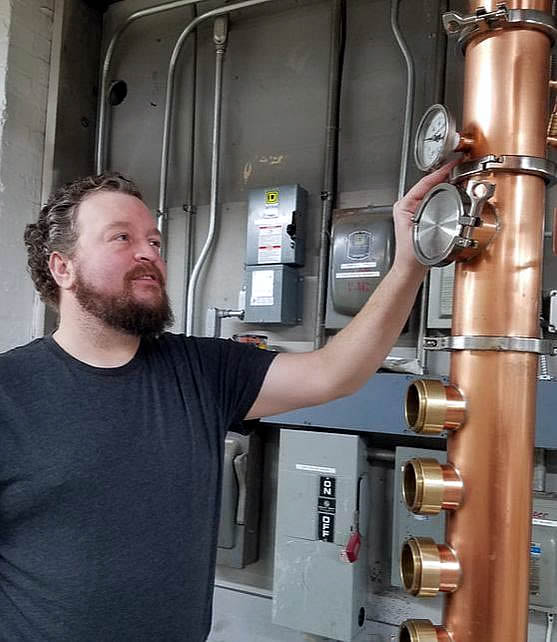 Chris started his career in the beer supply and brewing industry at Listermann’s and eventually became a founder and Head Brewer of the Woodburn Brewery in East Walnut Hills.

While at the brewery, Chris implemented award-winning recipes he had developed over the years as a homebrewer. Fueled by his passion for Good Beer and Good People, there was a very successful opening and Chris was put on the map. Fortunately for you, that map eventually brought Chris to the Knox Joseph Distillery.

As Chris was serving up some of the best beer in the city, Master Distiller Larry Ebersold suggested Michele find a “Brewer that can cook” to aid Dr. Tom Asquith in developing the line of spirits they were working on at Knox Joseph Distillery. When Michele set out to find that person, several well-respected friends kept bringing up Chris’s name and the journey for painstaking perfection intersected right here in OTR with Chris joining the Founding Team.

Now, as Head Distiller of Knox Joseph Distillery at the OTR StillHouse, Chris will continue to use his creativity and passion for the community to develop our unique brand of spirits, working with the Knox Joseph Distillery team to develop gin, whiskey, bourbon onsite for the first time in OTR since prohibition. And yes of course, you can count on drinking some of Chris’s locally renown brews. 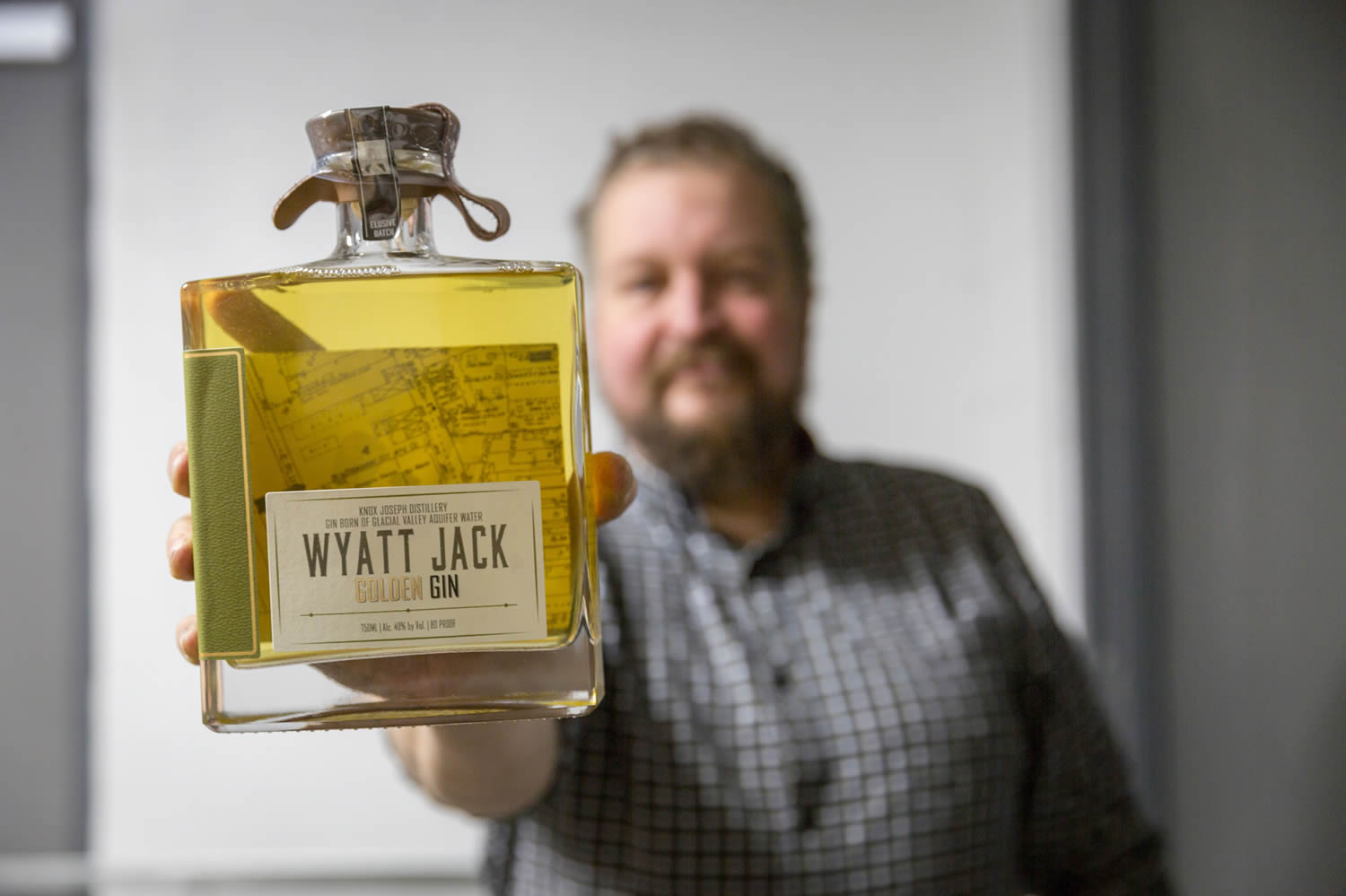